Every gearhead wants to drive something unique. We yearn for the thrill of g-sled acceleration, the feel of cornering as though on rails, and styling that makes you the envy of everyone at Cars and Coffee. This usually means an exotic or nearly exotic car. The thrill of being shoved back in your seat, hearing the wail of a high performance engine, as the scenery outside your window blurs, as you watch the speedometer tell you you’re approaching warp speed, it’s an experience few others eclipse. The problem, for most of us, is that exotic car experience is usually accompanied by a hefty price tag, and your job working at Uncle Plucky’s House of Chicken hasn’t impressed your loan officer enough to finance a new Aventador. So, how do the true car geeks among us scratch that itch to go fast, corner hard, and look cool without selling off our first born? Look for this rare-but-attainable affordable near-exotic.

2006-2013 Corvette Z06- The Z06 returned to the Corvette fold in 2006. This time, it was based on the standard Corvette coupe, as opposed to being a stand-alone body style. This hardly meant the Z06 wasn’t unique. With an emphasis on weight savings, the Z06 was chock full of ultra-light materials. The roof was fixed in place by a magnesium support structure, the magnesium engine cradle held the engine. The Z06 had a unique aluminum frame which was 30% lighter than that of its base coupe counterpart. The front fascia was unique to the Z06, with enlarged air intakes. Both front and rear fenders were wider to accommodate larger tires and wheels. The front fenders and wheel houses were constructed of carbon fiber. The floor is a sandwich of carbon fiber and balsa. The battery was relocated from the engine bay to the rear cargo area, behind the rear wheels. Sound deadening was kept to a minimum, and no power adjuster was available for the passenger side seat.

The LS-7 427 cubic inch, 505hp engine was the largest displacement small block Chevy has ever made. It was hand assembled in at the GM Performance Center in Wixom, MI., using titanium piston rods and valves. The all-aluminum mill has 11.0:1 compression and a 7,000RPM redline. This monster Corvette goes 0-60 in just 3.6 seconds, 0-100 in 7.9, and 0-150 in 17.5, all according to Car and Driver. The Z06 rolls on Goodyear Eagle F1 Run-flats. All this go-fast hardware necessitates serious braking power to stop. The Z06 is equipped with massive six-piston, six-pad 14” brake discs in front, and four-piston, four-pad 13” discs in the rear. These giant binders drag the Z06 from 70 to zero in just 162 feet. Handling is impressive, as expected, returning an impressive .98g on the skid pad. For performance stats like this, one would expect to shell out enough to buy a tidy starter home, but you can have it for less than a fully equipped new Camry. Current prices on sixth generation Corvette Z06s with reasonable miles are in the mid-$30k range. Staggering.

Pros: You will be in a very exclusive club, performance-wise, and you can get there for what seems like a paltry sum. These Corvettes are fast, even by today’s standards. They are reasonably comfortable, with some compromises. They even have a decent bit of luggage space, which means they are potentially daily transportation. Power driver’s seat, stereo, A/C, power windows, locks, etc. Compared to classics of not-that-long ago, these cars are positively luxurious. And you will have nuclear-grade performance on tap (there is something liberating about knowing you have all you will ever need, even if you never have to use it). Another consideration is this: You are getting supercar-level performance that can be serviced at any Chevrolet dealer, at Chevrolet service rates. Try getting that on your Ferrari.

Cons: There are a few, to be sure. Since much of the sound-deadening material was eliminated in the interest of weight savings, the Z06 is somewhat loud inside. The ride can be harsh. There have been multiple recalls on these years. There was one pertaining to a separation of the roof panel from the support structure subsequent to adhesive failure, and another due to premature valve guide wear resulting in catastrophic engine failure, so be sure those have been addressed. As with any vehicle, a thorough Pre Purchase Inspection is recommended. Unless you have an eye sharp enough to pick out the subtle differences (width of rear fenders, air intakes for rear brakes, larger air inlets in front), it is quite easy to mistake the Z06 for a run-of-the-mill Corvette coupe. If you live somewhere that experiences four seasons every year, you will want to own another car for inclement weather. Even with dedicated snow tires and traction control, a Z06 in rain or snow can be a sketchy proposition. With much of the car constructed of materials specific to that model, insurance will likely be higher. Something else that may affect insurance is the temptation to let the beast out of the cage, letting that 505-horsepower engine elicit its 7,000 RPM song, which is all the music you would ever need. 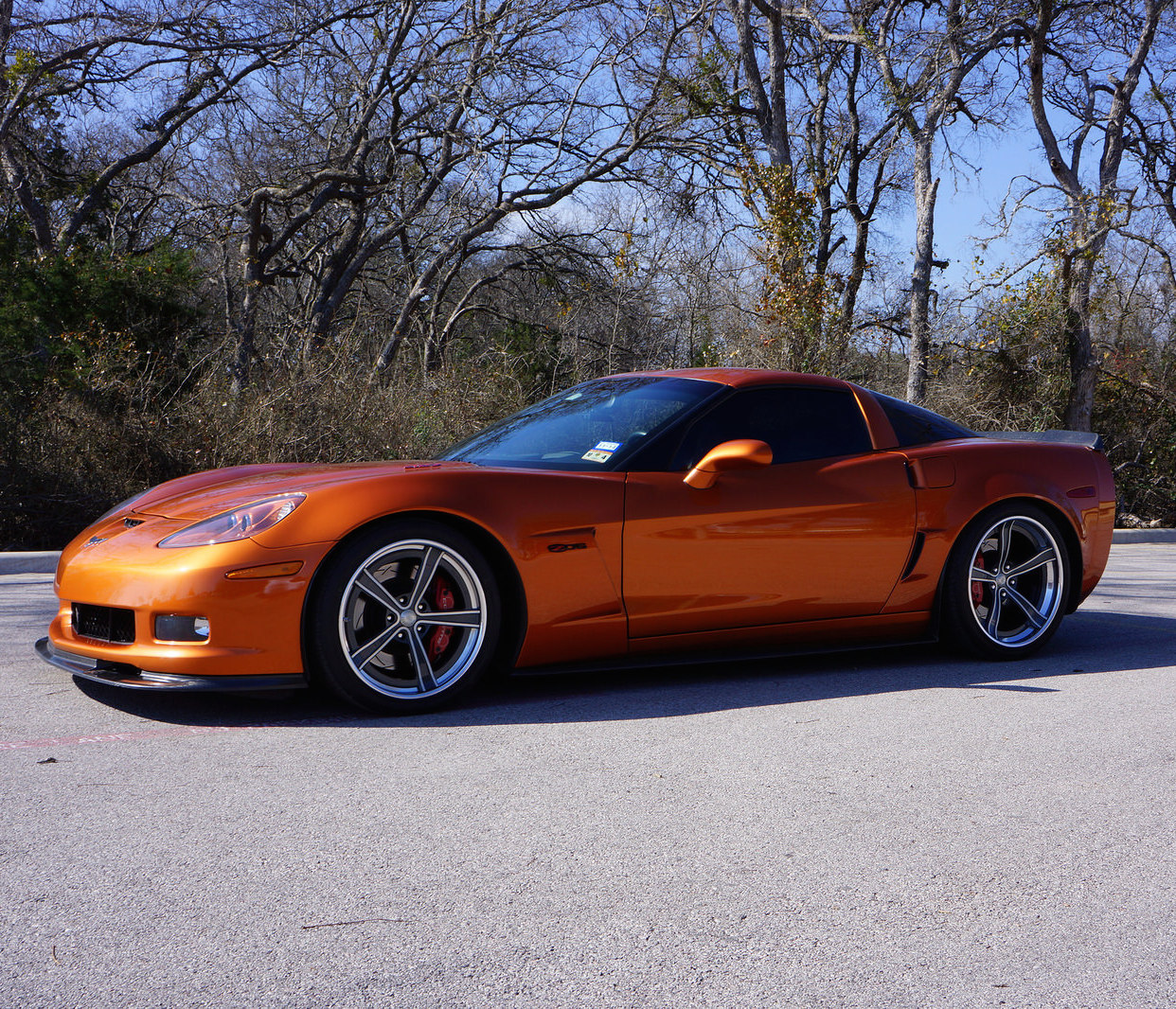